If you’re a developer and release code to the public: own your mistakes don’t blame your users for them.

Someone on the Advanced WordPress Facebook group posted this about how he was frustrated how plugin updates were being handled by a certain developer.

That arena is definitely not the appropriate place for a post like this and the conversation started to turn into a bashing of the poster and blaming him for having display_errors on his live site; even though he explained that this wasn’t a live site at all, it was a development/staging site.

Since this was a recent issue I went through with SI I had to jump in. 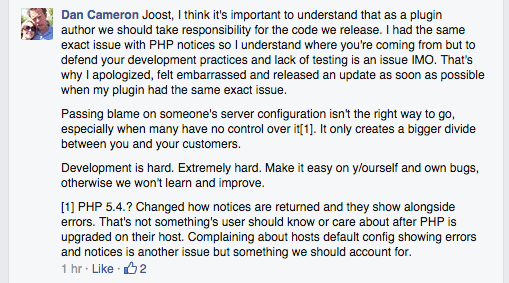 Anyway, it quickly turned into Joost telling me that my opinion doesn’t count for shit and when I release code that breaks a larger number of sites I could understand. 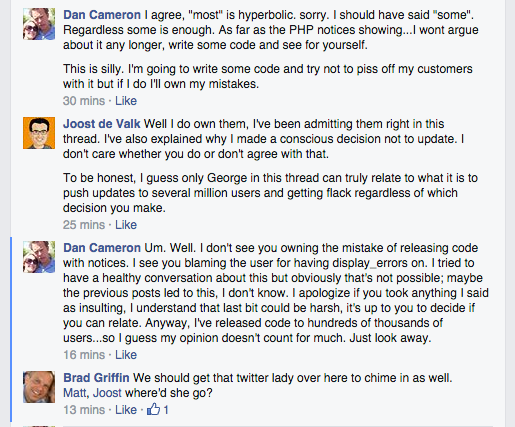 Update: The thread was removed. Something that group has has problems with from the start. The problem here was that the thread was critical to an admin, nothing more. Dare I say that I miss the WP-Hackers group 🙂

Update 2: I have the full FB archived, if you want to see it let me know. I don’t think it matters much but it’s pretty silly.

Leave a Reply to dancameron