…and before I go into how I’m using Customer.io for Sprout Apps, I’d like to share some personal history about why I had thought the only way for me to be productive in  “email marketing” involved watching a piece of my soul being slowly peeled off like a bandaid on a three year old, and eventually hating the monster I had become.

I have an idealistic stance on sending marketing email, it’s simple — it should never be sent.

The pointed eared hairy footed trolls in marketing think differently, they see the value of sending unsolicited e-mails. E-Mail is astonishingly cheap for customer acquisition when compared to any other channel; CPC (adwords, Facebook ads, etc.) isn’t just expensive, it’s tough to get right even with single digit conversion rates.

That’s why when I was a Director 1 at my last real job, “real job” means I was required to wear pants, I was tasked to send out millions of emails a week. Yes, millions; I’m not kidding. A lot of which were to people the company had absolutely no relationship with, past or present. Their idea, or belief, was an email address is simply another mailbox for them to stuff junk into; some people will bite just like some respond to junk snail-mail  2.

I cringed every time I scheduled those “blasts”. The result they saw and wanted: five figure returns on every blast, on a list they bought for very little; the result I saw, loyal customers unsubscribing from the bombardment, the company not caring because they could “buy more to fill the list”, ultimately a shit load of people now seeing the company as “spammers” & untrustworthy, 3.

E-mail “marketing” can be different.

Before Sprout Invoices launched I was directed by a few people that I needed to “build my list”, I threw up a little in my mouth and shook it off. Then came Pressnomics 4, where I was able to talk to a few others on how they’re using services like customer.io and I soon found out that it’s possible to send an email to a prospective customer with respect.

I don’t send e-mail to people that didn’t explicitly give Sprout Apps their email. Simple as that. I’m not about to buy a list and blast out an email to thousands of people that don’t know about Sprout Invoices or other Sprout Apps; leave marketing to those individuals to those that have a relationship already.

For example, tidyrepo.com recently sent out an email reviewing Sprout Invoices. Their users have a relationship with tidyrepo, so when those read the review, there’s weight behind it. If I were to send an email to that same list, an expected response would be “who the hell is this…where’s that spam button”, that’s not a first impression I would ever want to make.

Introduce yourself and offer help.

At the moment I only have a few triggered emails setup for  Sprout Apps; one in particular sent to someone that received errors during checkout and didn’t complete their purchase in the last 30 minutes. With this triggered email I’m not only helping someone with their purchase but I’m hoping to get their attention while they’re still considering purchasing; otherwise, they’ll just forget about it and move on.

I’ve found introducing myself helps, letting them know who I am shows I’m personally engaged.

There are a lot of creative ways to help your potential customers, one might be to send an email with a discount if they’ve reviewed the pricing page after reviewing the product details page for an extended period but never added the item to the cart.

If to help is promotional, bury the lead.

That last “creative way” of sending a message to help someone is on the verge of spammy. Remember, I want to build a relationship with the customer. This is especially true before trying to motivate them via a “discount”. Maybe I’m overthinking this because of my idealistic take on sending email, that’s why I’m currently running an A/B test to see if throwing something like “Hey you, here’s an awesome discount for my shit because I noticed you can’t afford it. Any questions let me know…” is better than “Hey, I’m Dan Cameron and I built this shit. You have any questions?…PS, I’d like to extend you a limited time offer…”. If the former wins I’ll question everything I believe in humanity, as if I just read comments under a political article.

This is how I started…slow 5. 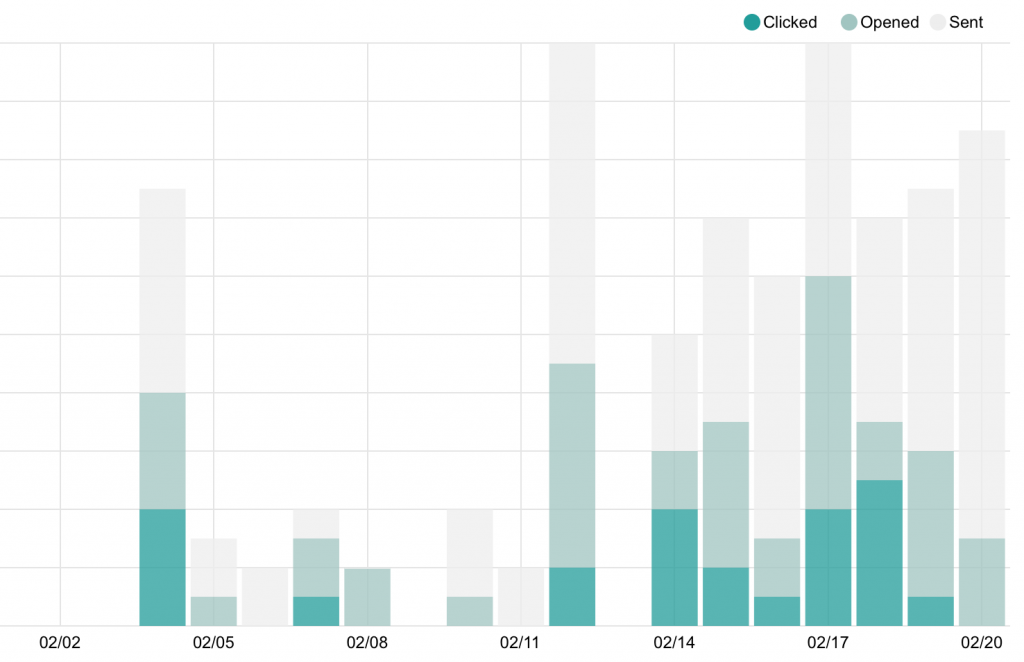 I only have four triggered emails at the moment, one is not automatically sent instead a draft is created. I can then review the user activity and understand if the person could be helped with the email, if not it’s deleted.

Don’t half ass it.

If you wanted to be a dick and just send out a bunch of email you would have stopped reading a while ago, maybe because they were offended with me calling them hairy trolls or they’re busy making google work off a “purchase e-mail lists for cheap” query, instead you’re vested. Reading this post proves you can take it slow and build write the introductions you need.

It took time me a while to write the integration I wanted; luckily for some I did the work for you. That said, the hardest part was writing all the emails for each triggered email and A/B split. Getting the introduction right is tricky, I don’t have the answer for everyone but helping people works.

It really does work.

On a pure marketing level, when compared to CPC and other channels these numbers are awesome. Not shown is how I’ve been able to get valuable feedback from the conversations started with these triggered emails, the hidden upside hidden from the “Converted” column. 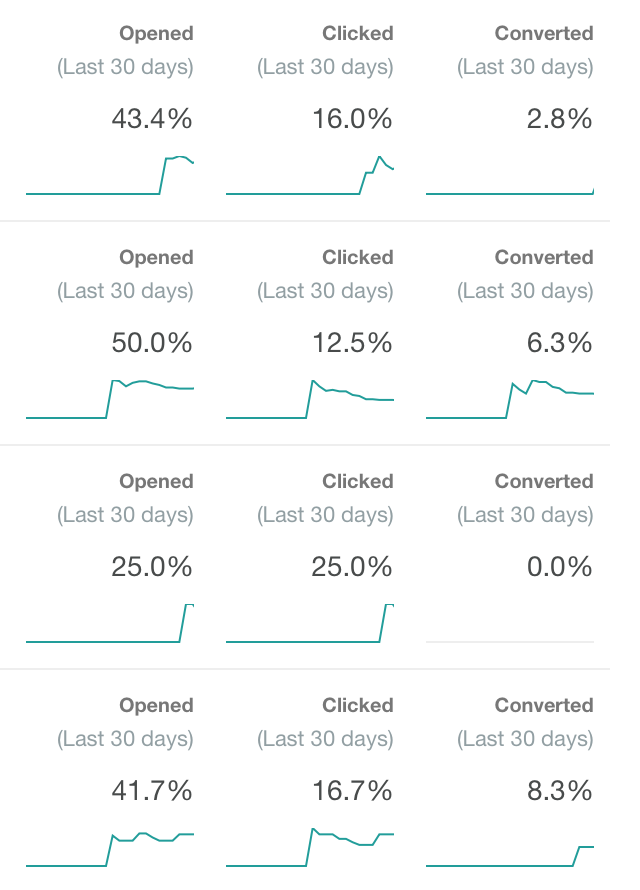 Leave a Reply to Greg Bergman